Once again, another Smallpeice summer school has been and gone. Months of planning has led to a one-week crash course of coding, robotics and electronics for sixth-formers.

The Smallpeice Trust is a charity that provides education programmes for ten to eighteen-year-olds in STEM fields. The University of Southampton , in collaboration with SourceBots , had the pleasure of hosting the Computing, Microelectronics & Robotics Summer School. The aim of the residential course was to teach sixteen and seventeen-year-olds the basics of robotics from Monday to Thursday such that they could compete in a tournament on Friday. 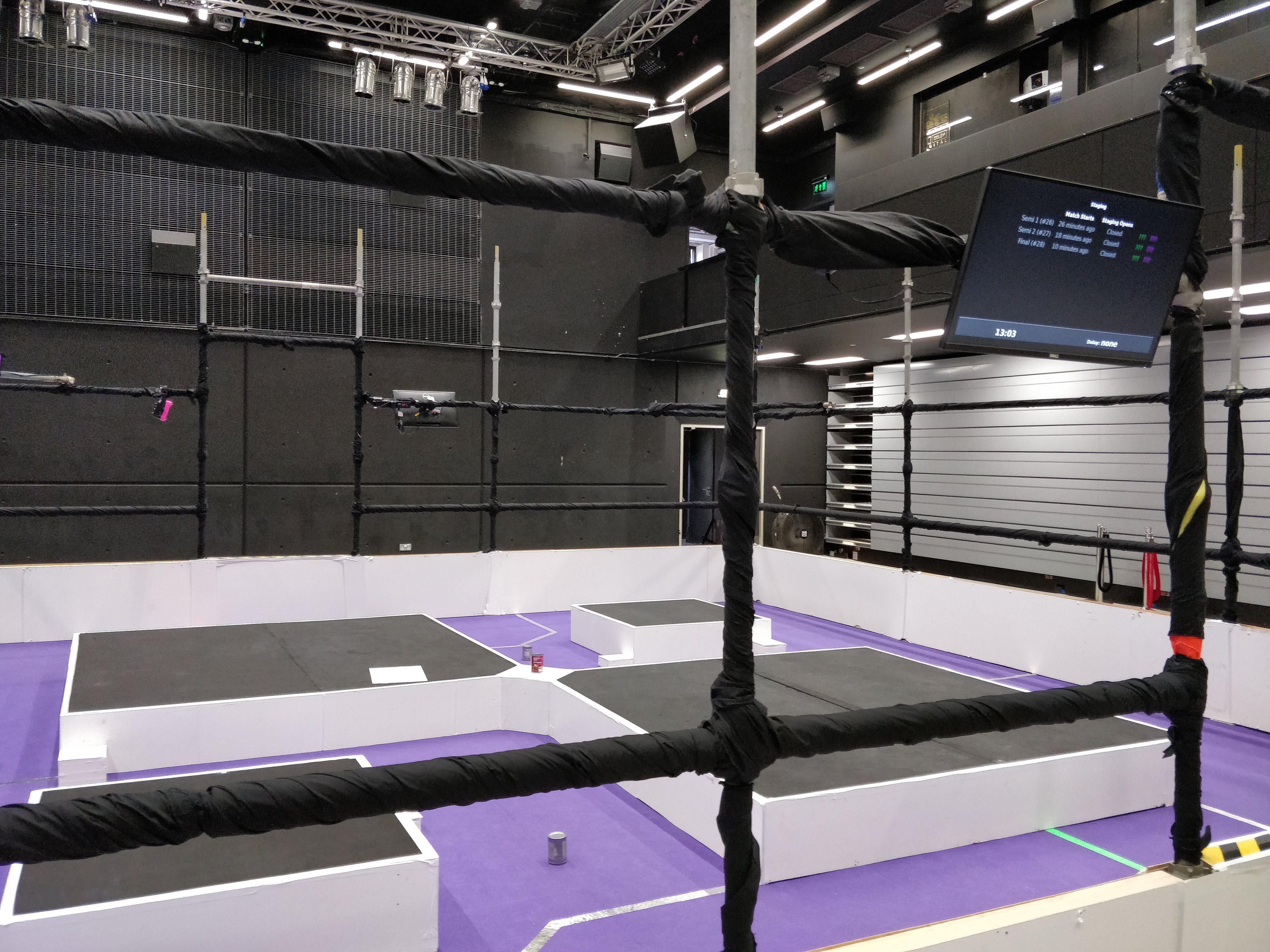 The aim of the week was to make a robot that could navigate a course as efficiently as possible within two minutes. Crossing marked lines on the floor in the correct order would score them points. An extra incentive was provided for the competitors to pick up cans, which would increase the number of points scored when crossing a line. Furthermore, if a golden can in the centre of the arena was held when time expired it would half their opponent’s points. The main SourceBots competition uses computer vision in order for the robot to determine where they should go next; since we were dealing with sixth-formers here for five days, this was out of the question. As a result, the students used ultrasound sensors to determine their distance from nearby objects.

I arrived at the summer school on Wednesday, many days after the main preparations had begun; my late arrival was down to the fact that I had prior commitments that could not be changed. Catching up with what had occurred was stress-free, but getting into the swing of things took a little bit of getting used to. After all, it was my first education-related commitment in at least two months.

Over the course of Smallpeice, I took on a role of a generic volunteer; a wanderer, if you will. My aim was to float between areas and help out in said areas as much as I could within my range of skills. Overall, I feel that this approach went well; I was able to help out with a large range of issues, some of which were quite technical.

Although, I would definitely say I need to learn more about the robotics kit that SourceBots uses. My lack of knowledge in this area made me unable to answer key questions for students and in need of other individuals to diagnose issues. This idea has been reflected upon with plans for mandatory volunteer training in the future, alongside a checklist for volunteers to follow before calling for an expert to help diagnose the issue.

Furthermore, the ultrasound sensors did not work as well as anticipated. Some robots were able to navigate the course with relative ease (a noteworthy one going slow and steady), whereas other competitors elected to take more exuberant strategies. The main one of note here is WALL-, named as such as they felt their robot was not worthy of being called WALL-E (ouch). Their strategy in the early rounds did not bode well, but a change of strategy halfway through led them to become the winners of the summer school overall. The strategy that won them the competition was to go forward as fast as possible and wait until they hit a wall. Once the robot figured out that it was driving into a wall, it would back up, rotate ninety degrees counter-clockwise and then go full throttle once more.

Overall, I found my time volunteering for Smallpeice extremely useful; I was able to put skills into practice and I was able to reflect on things that I need to improve upon in order to make myself a team-player.