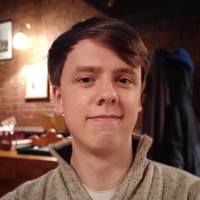 The inane ramblings of a computer science student

Alex Lockwood  published on 2019-12-18
Well, that was an election and a half. After a long campaign, the Conservatives have come out on top with 365 of the 650 seats in the House of Commons. As to be expected, interest in proportional representation has increased due to the lack of proportionality of the results. Although I will not be sharing my personal feelings on PR in this post, I will nonetheless look into what if the 2019 UK general election used a proportional system.
Read More

Alex Lockwood  published on 2019-04-20
Having it been just over eight months since I have penned a blog post to this area of my website, I figured it was about time that something new was added. After all, a lot has changed since my last blog post. Time has become a commodity in my second year of university; being over-encumbered with pieces of coursework, lecture notes and revision for exams, as well as other extra-curricular activites leaves little time for other items.
Read More

Alex Lockwood  published on 2018-08-17
Once again, another Smallpeice summer school has been and gone. Months of planning has led to a one-week crash course of coding, robotics and electronics for sixth-formers. The Smallpeice Trust is a charity that provides education programmes for ten to eighteen-year-olds in STEM fields. The University of Southampton, in collaboration with SourceBots, had the pleasure of hosting the Computing, Microelectronics & Robotics Summer School. The aim of the residential course was to teach sixteen and seventeen-year-olds the basics of robotics from Monday to Thursday such that they could compete in a tournament on Friday.
Read More

My First Year of University

Alex Lockwood  published on 2018-06-10
As some of you may be aware, I am currently studying Computer Science at University of Southampton. I recently finished my first year of the course and decided to publish my thoughts and feelings as a way to reflect upon what I can improve on for next year. Arriving in Southampton The journey to Southampton was, to put it lightly, a bit of a mess. As I live a considerable distance away from the city, we had to be up at the crack of dawn to even have a chance of arriving on time.
Read More

On the Acquisition of GitHub

Alex Lockwood  published on 2018-06-05
Having discussed with fellow coursemates over the previous two days concerning the $7.5bn acquisition of GitHub by Microsoft, I thought that I would drop my two cents on the topic as it seems to be in vogue at this point in time. One of the major concerns that I heard from other individuals within my course is that the acquisition of Microsoft represents a direct threat to the idea that a Git codebase should be independent of major corporate entities, with Microsoft being that direct threat.
Read More

Alex Lockwood  published on 2018-05-28
Whilst trying to write this, I was struggling to think about what I should include in my first article on my new website. Should I be truthful and speak frankly about the reasons behind making this website, or should I try to justify it through other means? Well, to put it frankly a web presence is a necessity for a computer scientist these days, and by not making one I was effectively in the dark ages.
Read More